Time to step up 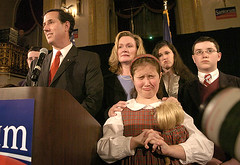 From my side of the border, as a self-declared crazy left-wing Canuck liberal, today's U.S. election results are encouraging: Republicans reduced to minorities in the House and likely Senate, and Rumsfeld finally out of a job—oddly, on that last one it looks like the network that broke the news was... Comedy Central! (And there were still a few anti-gay measures passed, alas.)

The question, now. Do the Democrats have any ideas? Given the gerrymandering and incumbent inertia of American electoral districts, having (probably) both wings of government flip to the Democrats is a strong repudiation of what the Republicans have achieved (or squandered) in recent years. Yet the Democrats have not shown much in the way of strong policies that would change what Americans apparently dislike about the Iraq war, Guantanamo and secret prisons, domestic spying and fiscal priorities, environmental issues, or whatever else is bugging them.

So the Democrats have two years to find a good presidential candidate and establish platforms and records of policy decisions, or to screw up again. Here's hoping they succeed.

Oh, and if you're not a fan of the politics: new MacBooks! And, magically, a combined Mac-Rumsfeld joke!