Not a recommended weight loss plan

One reason that my doctors didn't initially suspect I had cancer last fall was that, even though I had complained of various bowel symptoms, I hadn't lost any weight. I'd been pretty stable around 200 pounds (90 kg) for years, and still was.

Once I was diagnosed with colorectal cancer in early January, however, that changed. I had to clear out my digestive system for a colonoscopy, and had numerous other tests. I cleared things out again for minor surgery in February, which removed what turned out to be another hunk o' cancer lower down in my rectum. Then we moved into numerous scans, biopsies, and eventual treatment with chemotherapy and radiation, which I'm still undergoing. 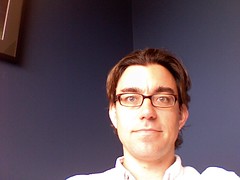 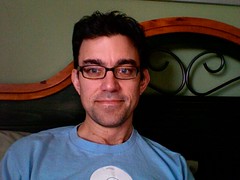 That's nothing compared to how much weight I lost 16 years ago, in early 1991, when I first developed diabetes and was unaware of it. Since my body couldn't process carbohydrates for lack of insulin, it started consuming itself and going into a state of ketoacidosis, which is like a super-severe, involuntary version of the ketosis people induce in themselves when on the Atkins diet: 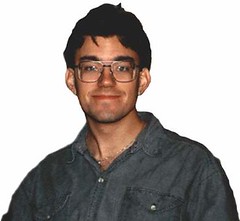 Back then, I plumped up again just fine once I'd been hospitalized for a week, started taking insulin, and began processing food properly once more.

This time around, after losing the first 10 pounds precipitously through February, I've stayed reasonably stable around 183 pounds (83 kg) over a couple of weeks now. My appetite is still good, but it's smaller, and my body is doing lots of extra work during treatment. Plus my blood glucose levels have been out of whack, and I've been adjusting my insulin accordingly.

Once this course of radiation and chemo ends in late May, we'll see if my weight comes back up as I wait for more surgery in late June. After that, who knows? But it would be nice if my trousers fit properly again around my waist. Even the ones I bought a month ago are feeling loose.