Why I'm itching to get back to work eventually 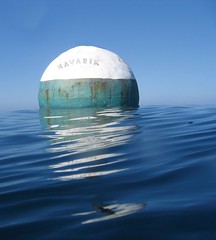 It's been fascinating, if frustrating, to watch from the sidelines as the company I work for, Navarik, has done some amazing stuff over the past year. Most recently, they launched a new version of Navarik Inspection, our web-based application that helps petroleum companies keep a handle on the oil they're moving around the world.

That sounds like a pretty big deal for a small Vancouver company. It is. When people ask me what Navarik does, I use part of Navarik Inspection as an example. Here are the basics:

So, again, when people ask what Navarik does, I can go through the rigamarole above, and then explain how we've built a web-based software program that inspectors can sign into securely from any web browser on any computer (just like an online bank, or Gmail, or Amazon) and find out what shipments they've been hired to inspect. Then they can head down to the terminal, do their work, and come back and use that same computer (or a totally different one) to enter the reporting information, which goes directly over the Internet to the people who need to use it.

There's a lot more to it than that, obviously—mechanisms for other people to put together the lists of tests to be performed, procedures for nominating and contacting inspectors, information about ports and terminals around the world, thresholds for alerting people when inspection results are out of spec, and so on—but the overall result is that the whole cargo inspection process can go more smoothly. Information moves more efficiently and is more accurate, and people get paid quicker. And we have other web software solving similar problems for other companies too.

What I'm talking about here is a real web business—not one with a high profile and a shiny 3D glistening logo and a gazillion page views for a beta application with a questionable revenue model. Instead, Navarik is an under-the-radar company turning eight this year, with a few dozen very talented employees in a nondescript light industrial Vancouver building, adding a little bit of extra efficiency to the energy industry that keeps the modern world functioning.

For a business, that's a pretty good place to be. Navarik's founder, my friend Bill Dobie, will be speaking at the eLiberatica open-source conference in Romania this spring about it, and about how we use open technologies and standards that were built over the past decade for the Internet to make it happen.

I'm also hoping to be well enough again sometime later this year to help move it all along.

I found this whole post about oil shipments and Navarik Inspection very interesting and well written. I never thought much about the details of oil shipments, sulphur content, quality, condition of the tanks, etc., but it is obviously important that these things be determined and recorded accurately. Navarik sounds like a great company.

Navarik. "sounds like a great company". They are on the verge of going bankrupt with 7.5 million in debt. A ridiculous decision to move to 'snake oil' program techniques (Oops!!!) with absolutely no business rationale for doing was the beginning of the end for the good ship Navarik. Going down with all hands......

And your basis for that claim is what exactly, Anonymous?