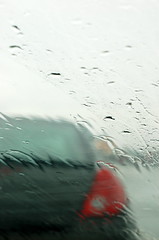 I love to watch Aretha sing in the day. So smooth and genuine. Very soulful.

Derek, I am one of your American readers. It seems you have fallen for the bait the media puts out by defining arguments in extreme left and right terms. Most Americans are in the center. Unfortunately, the loudest voices are the extremes. Do you really believe that those of us who vote on the left would necessarily want our child to have an abortion over giving birth? That is the problem with how debates are framed, there is never any real people positions there. Also, the right is not entirely Fundamentalist Christians.

I don't think that the extremes in the teen pregnancy link represent everyone in the U.S. -- I've spent enough time there to have a sense of that. (In my other link, Fred Phelps certainly doesn't represent anyone but himself and his close associates, thankfully.)

I also don't think that anyone considers abortions are good. But how we approach that issue differs: there is a significant proportion of the population (here in Canada too, and not a majority in either country) that is morally opposed not only to abortion, but also to premarital sex, sex education, and contraception.

That link shows a surprising acceptance, in that socially conservative cohort, of the premarital and teen pregnancy that inevitably results from those views. I don't think that the two poles that the study discusses represent everyone, but it's an interesting comparison.