I looked out the window this morning and I was actually angry. I don't anger easily, but here's the view now, after I shoveled the walk and driveway and cleared off the car: 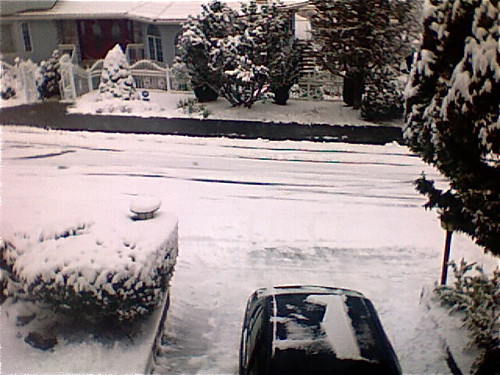 This is Vancouver. In March. In contrast, here's what we were doing in your yard in February last year: 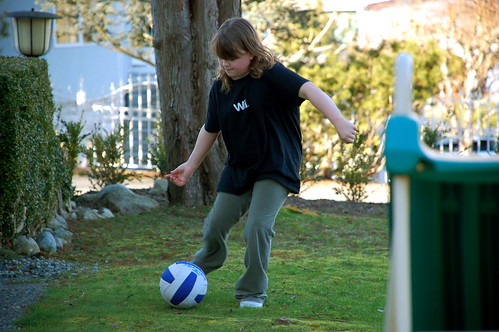 Or, for that matter, three weeks ago at the schoolyard: 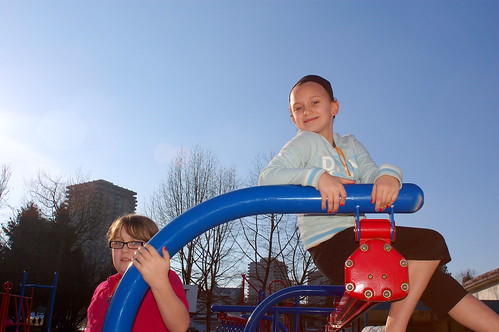 Even my kids looked out at the snow today and said, "Not again!"

I wonder if this is a trend, because I remember it snowing last March as well. I wouldn't have noted it, but we were nearly unable to get to our own wedding at the end of the month because of the storms.

Yuck. I thought you lived in Burnaby? Because I'm Canadian I'm saying my weather is worse than yours:) no more snow just minus 25 C, minus 36 C with the windchill, brr.

You win—on the other hand, you own cross-country skis and live in a (very nice!) log cabin. You're anticipating this sort of thing! I live here in the banana belt, and we're all weenie little babies when the snow comes. Especially in March.

And yeah, we're in Burnaby, but that's part of Vancouver in the Metro sense, and the whole city got the snow today, even down to sea level.