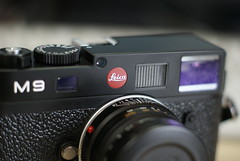 Back in the early 20th century, Leica cameras were the first to make 35 mm film practical for still photography (instead of movies). For decades, they defined well made, technically innovative photographic tools. But since the autofocus and digital revolutions of the 1980s and 2000s, Leica seemed to lose its way. Though the company made partnerships with Minolta and, more recently, Panasonic—repackaging Panasonic cameras as Leicas with a few cosmetic and firmware changes, and charging a lot more money for the name—its flagship German-made SLR and rangefinder cameras fell behind the rest of the industry.

Some professionals continued to use Leica cameras, mostly because of the superb lenses, but among amateurs and enthusiasts, the brand became more of a cult, with its extremely high-priced cameras and lenses fetishized by collectors, but used less and less by regular people taking pictures. In 1982, Leicas were the official cameras taken by the first Canadian expedition to reach the summit of Mt. Everest. Almost 30 years later, it would be hard to imagine such an expedition making a similar choice.

Yes, today's popular cameras (amateur and professional) include a lot of what the Leica Man would call superfluous. But even hard-core photographers—or especially them—now demand autofocus, intelligent computerized exposure metering, and state-of-the-art digital capture. Leica, in contrast to Japanese latecomers like Canon, Nikon, and even Sony, could offer none of these things. Technically, Leica's bulletproof M-series rangefinders were stuck in the '60s, and their R-series SLRs in the '70s. For the huge amounts of money Leica charged, their digital offerings like the crop-frame M8 rangefinder and Modul R digital back seemed (quite literally for the Modul R) like bolt-on afterthoughts.

But this week, Leica introduced these: 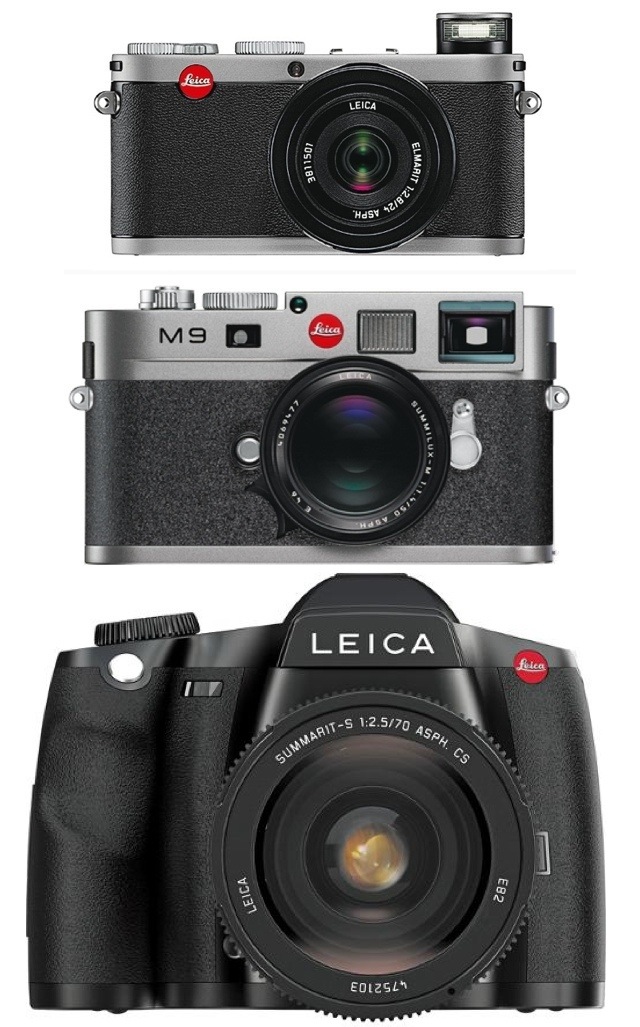 No, I did not accidentally add an extra zero to those prices. Leicas remain among the most expensive still cameras available to those outside the military, space programs, and specialized technical and scientific fields. Their lenses, if you can believe it, are even more upscale and (many say) of unsurpassed quality. For the M series rangefinder cameras, a "low end" f/2 Summicron 50 mm is $2000 USD, while its big brother, the top-of-the-line f/0.95 super–low-light Noctilux 50 mm is $10,000 USD. The S-series lenses start at $4500.

And yet, for once, these cameras are unique and innovative. All three are assembled in Germany, to start. The X1 is probably still overpriced, but it does include a genuine Leica lens and an unusually large (and thus low-noise) sensor for a compact camera. The M9 is, for many aficionados, the holy grail they've been waiting for since digital cameras became mainstream: a Leica rangefinder, of the same dimensions and metallic heft of its predecessors, fully compatible with nearly every Leica M lens made since 1954, yet with a full-frame 18-megapixel digital sensor like those in high-end digital SLRs.

The S2, while well out of reach of any normal photographer (even those who might consider an M9), is the really unusual one: Leica's first real foray into medium-format photography. The sensor is more than 50% larger than a full-frame 35 mm chip, but the camera itself is similar in size to Canon's smaller-sensored 1D and 1Ds Mark III and Nikon's D3 and D3x cameras, and has a much simpler interface than other modern DSLRs.

The S-series lenses are huge and heavy, but until now (with the marginal exception of the Mamiya ZD), digital medium-format photography hasn't had the convenience of autofocus SLR handling and simplicity. From the initial quick impressions of people who've tried it, Leica may have created a winner for high-end studio and landscape photographers in the S2. And, for the first time in many years, Leica has a truly modern camera that no one else can match. For now.

Have you ever used a Leica (or any rangefinder)? If so, I'd be interested to hear your comparison to SLRs, in results, use scenarios, "experience", and anything else you feel is worth a mention.

I have never used a rangefinder, and can't even fathom that I'd use a something that seems as backwords as a Leica, even if it were given to me for free, but then, I've read that it's an "experience" that has to be experienced first hand to be appreciated.

When Ken Rockwell spouts off about "Leica man", he just makes me laugh, but I've heard similar stuff from less absurd writers, so maybe there's something there.

Rockwell's "Leica Man" is an excellent satire. I enjoy reading whatever he posts, because he takes such a self-contradictory shit-disturber attitude to everything. Plus his technical evaluations of lenses, in particular, are great.

I haven't personally used any Leica, but my friend and professional photographer Alastair Bird had this to say about the M8 a couple of years back: "I would pay $5K for one of those, plus lenses. It is soooo beautiful. Such a change in shooting from an SLR. Totally different feeling, different responses from people when you're shooting, a really amazing piece of equipment."

I don't think he ever bought one, but I could see him considering the M9 now that the crop-frame sensor is no longer an issue. He usually uses Nikon SLRs and Hasselblad medium-format bodies and backs.

I too would love to try an M9 (or an older M film body) out, just to see what the fuss is about. However, even if price were no object, the S2 would be way too much camera for me.

Oh, also see his comment on the S2 at Flickr: "I tried out the S2 a few months ago in Palm Springs. Nice bit of kit. I would buy it in a second if a body and a few lenses didn't cost more than both of my cars. And my 35mm DSLR kit. And every piece of computer equipment I own."