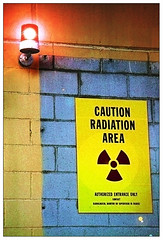 I'm not sure I'm quite used to having the scenario change almost every time I see a doctor, but I'm beginning to understand what Mike Myers said in an interview: "You can't plan anything."

It turns out the nodule in my rectum that surgeons removed a couple of weeks ago was cancerous after all, as was at least one lymph node they removed with it. Dr. Brown, my main surgeon, said he found that "shocking," which is not something you hear a doctor say too often. So now I have two definitive centres of cancer in my rectum, one at the top, one at the bottom, and the lymph node means that my cancer is at Stage Three, not Stage Zero, One, or Two as I would prefer. (But at least, as far as I know, I'm not at Stage Four.)

Here's what that means. I won't be having surgery right away as anticipated to remove the cancer higher up. Instead, in the next week or two I will visit the B.C. Cancer Agency, where I will begin a course of radiation therapy (and perhaps chemotherapy too) to zap the cancer into submission. That will last something like five weeks. After that I will wait up to eight weeks while the radiation takes effect, then have the surgery, which will remove most of my rectum, and (hopefully) all the cancer with it.

They hope to be able to reconstruct my intestinal system afterwards so that things will function normally down there eventually. Right now I'm not too focused on that, though.