It was acceptable in the eighties

Back in 1986, a group of kids from my all-boys' private school (St. George's School in Vancouver) and a couple of affiliated girls' schools (Crofton House and York House) took a Spring Break "art tour" trip to Italy, with whirlwind visits to Rome, Florence, Pisa, Venice, Turin, and so on.

I have photos in an album somewhere, but Anne Pewsey Richards, who was also on the trip, has done much better. She posted a bunch of pictures to Facebook, and gave me permission to repost them at Flickr. If you thought my glasses were big the year before in my geekiest photo, check them out here with the accompanying sunglass clip-ons: 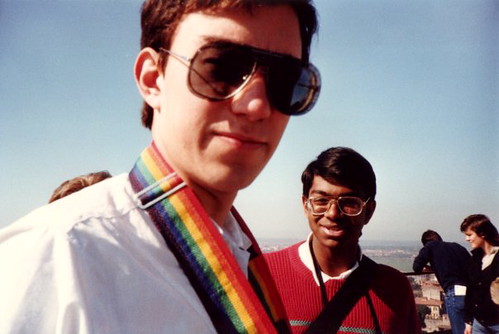 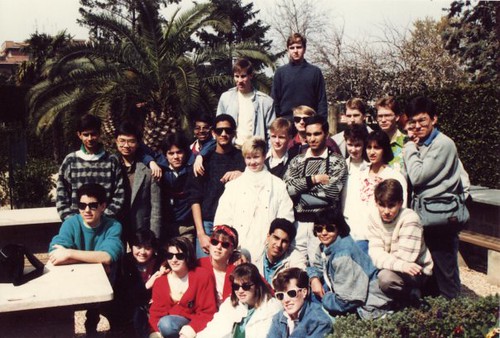 Finally, you can see that I was a camera nerd, with the Nikon, big zoom lens, and obnoxious camera strap, even then (again, I'm far right—guess I had the contact lenses on there): 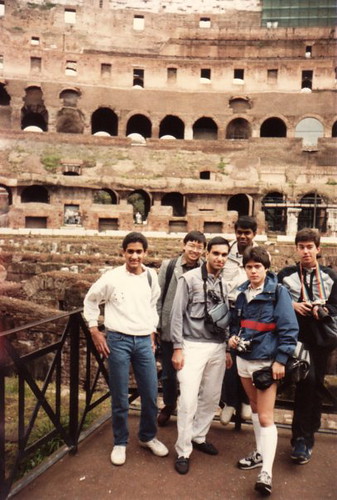 I'm sure there was no way at all that local Italians could tell that we were tourists. There are several people in her photos (Anne included—but she noted that she's lived in England since the early '90s) whom I have not seen even once in the intervening 22 years.

I also haven't been back to Europe since this trip.