Quandary: should I see "Expelled" or not? 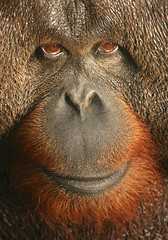 Back in March I wrote about the dumb behaviour of the people who made the film Expelled: No Intelligence Allowed. Now, probably because of that posting and my other entries here about science, I've been invited by distributor KinoSmith to attend a press screening of the movie here in Vancouver next week. I'm wondering if I should bother to go.

First, some background about Expelled. It is a purported documentary, supposedly a Michael Moore–style critique of the current academic establishment of evolutionary biology. I enjoy a good intellectual debate, especially about topics as important to us as the development of life on earth, so if that's what Expelled really were, it might make an interesting film.

However, the evidence indicates that instead it is, in the words of New York Times reviewer Jeannette Catsoulis , "one of the sleaziest documentaries to arrive in a very long time [and] a conspiracy-theory rant masquerading as investigative inquiry." (That is the first line of her review.) Here, for instance, is a quote about Expelled from narrator Ben Stein:

Love of God and compassion and empathy leads you to a very glorious place. Science leads you to killing people.

It's fine for people to disagree, but a blanket line like "science leads you to killing people" is not only wrong, it's profoundly simplistic and inflammatory. Would religious people be likely to attend a movie promoted by lines like, "religion leads you to killing people"? I suspect, for instance, that many have been put off reading Christopher Hitchens's book God Is Not Great, with its chapter, "Religion Kills." (I haven't read it either, but not for that reason.)

Is it worth my time?

Okay, fine, so I'm not disposed to like the movie, but am I being closed-minded about it? Here's another issue. Totally beyond its mistaken premises, its misleading of interviewees, its senseless invocation of Hitler and Stalin as inevitable consequences of accepting natural selection, its plagiarism, and its promotion of intelligent design as a supposedly scientific idea instead of as a front for (mostly biblical) creationism, Expelled is also, by all indications, a lousy movie: poorly made, badly edited, patronizing, disorganized, and often dull.

Anyway, here's my quandary. I'm interested in finding out what all the fuss is about, so part of me thinks I should use the free double passes that arrived in the mail yesterday, and take three friends to see Expelled next Thursday. I wouldn't pay to see it, because I don't think the filmmakers deserve my money, but these are free tickets, and it's actually costing them for me to go.

On the other hand, I still remember seeing Highlander 2 back in 1991. That movie was so bad that it somehow made its predecessor worse: in my mind, it tainted the first Highlander film, which I had enjoyed. I get the feeling that Expelled is similarly bad, the kind of film that makes you wish you'd never seen it and had those few hours of your life back.

We have a friend visiting from Australia for a couple of weeks, and our family would like to spend time with her. My daughters' final piano lesson is that same day. I suspect I have many better things to do, such as hanging out in my back yard, or maybe having a nap.

So, after my fine promotion here, does anyone want four free tickets to see Expelled next Thursday, June 26, 2008, at 7:00 p.m., at Tinseltown in downtown Vancouver? The tickets say, "Arrive early as theatre capacity is limited and seating is not guaranteed," by the way. Let me know if you want them, even if just for the hell of it. (Pun intended.)

They obviously cannot see that Science has been finding cure for the illnesses for centuries, yet many followers of organized religions have been killing each other over their "God Given" rights and properties around the world, simply because once you put God on something, it cannot be negotiated .

You're grappling with the same things I grappled with re: "The Secret". I opted not to watch it (the first few minutes were all I could handle) and don't feel I've missed out.

I went to see a pseudo doc a few years ago with Marlie Matlin which was the worst piece of garbage I have ever seen masquerading as documentary. It was also in the category of propaganda-documentary and most of the interviewees of any note disavowed their interviews in the context.

It was called "What the &$^$* do we Know" or something like that. To this day not only can I not get those two hours back but it brought a profound sense of ennui and faithlessness in humanity that lingers in me to this day...

My suggestion is to take the tickets, with a $20 coupon for popcorn and coke and give them to four homeless kids so that they can saddle up inside for a couple hours of fun beside Mr and Mrs Smith from the Fraser Valley 1st United.

Hey Dude. If we ask the question "Why would they offer YOU a ticket?" we can start to brainstorm on what they hope to benefit. If I were the producers/promoters and I wanted to extend the buzz around a deliberately provocative, controversial, divisive film then I would do my level best to encourage a confrontation at a showing that would attract free press attention and suggest there is an honest intellectual debate where one is not. You have nothing to gain from seeing this movie. There is nothing your blog readers would benefit from your having seen it. There would be nothing in it that your own readings about it have not already informed you of. The most constructive thing you can do is ignore it as you would ignore a "white power" film or a "global warming is a hoax" film. Don't condemn it, don't write any more entries about it (The movie, not the topic) just let it dissolve into the obscurity and waste of production budget status where it belongs.

Now, if on the other hand you were interested in contemporary propaganda tools and their impact on the zeitgeist while simultaneously generating revenue, then this would be a good subject. Still, I would refrain from using the name of the movie on your blog to minimize it gaining priority on Google searches.

The movie already has a relatively high online profile, so I don't think ignoring it is going to accomplish much, blogospherically speaking. At this point, I want to help make sure that people don't hear only from the people who support this bad piece of filmmaking.

But that's also why I didn't link to the movie's official website. Right now it turns up first in a Google search, but most of the other results are critical sites like Expelled Exposed, PZ Myers' tale about being expelled from a screening of the movie (even though he's in it!), a scathing review in Scientific American, and the very tomatoey 9% rating at Rotten Tomatoes.

As I noted to another friend of mine, it's true that plenty of people who are proponents of natural selection and opponents of intelligent design/creationism can also be inflammatory in their rhetoric (atheist attack dogs like Myers and Richard Dawkins, who are in the film, and Christopher Hitchens, who is not, come to mind). I could understand how religious people might get turned off by that approach, as I am by the rhetoric around ID.

However, unlike the makers of Expelled, at least Dawkins, Myers, and Hitchens are honest up front about their positions and intentions when they talk to, debate, or interview people. I think Hitchens is wrong about the Iraq war too, for instance (he has supported its aims, if not the U.S. execution of those aims, from the beginning), but he's still worth at least listening to because he makes his points cogently, even though with bluster.

From the sounds of it, even strong proponents of ID (I also think they are quite wrong) should probably find Expelled lacking, if not downright embarrassing—it appears to be a remarkably poor argument, which is why I'm not going to go.

It's the same reason I didn't see What the [Bleep] Do We Know? or read The Secret: if I'm going to wrestle with ideas I disagree with, I don't mind if they're strongly worded (okay, maybe a little, but I can get over it), but I do I want them to be coherently presented and intellectually honest. Neither of those (nor Expelled) seems to be, but given how widespread their ideas have become (and the money obviously behind marketing Expelled), they all deserve criticism rather than simple shunning.

Ok, that's fair enough. I'm not sure that throwing money into marketing makes it worthy of criticism as much as the traction it may find and the consequential policies an affected community might justify, but those could be two sides of the same coin.

I'll confess to being both intellectually and emotionally provoked by the influence of the pulpit on society so with regards to the movie, I'll reach a step further than you Derek and say this; If the ID case is made so shamefully in the movie that rational people who may have been leaning toward a biblical literalist viewpoint (having trouble thinking of who might be on such a list, but anyhoo) would be repulsed into recognizing the fundamental weaknesses of the argument, then it might in some markets be doing more benefit than harm. Run on sentence. Breath, breath.

In general though, I'm still inclined to advise caution with where one applies their negative attention. In the right marketing hands, bad publicity can be more useful than good publicity (i.e. Alice Cooper, Marlyn Manson, Salman Rushdie, Andrew Dice Clay.. not meaning to personally endorse or condemn any of these examples) and my hunch is that is exactly the formula this movie's promoters are keen to use.

Yeah, you have a good point. I think I'm going to shut up about this now anyway, although I may ask once more to see if anyone wants the tickets.