This weekend in Vancouver included the Abbotsford Airshow, the Burnaby Blues and Roots Festival, the Under the Volcano festival, and the closing ceremonies of the World Police and Fire Games (WPFG). Twice over the past few days, I've seen the Canadian Forces Snowbirds aerobatics team fly directly over my head in conjunction with some of those events. Once in Stanley Park (presumably to promote the Airshow): 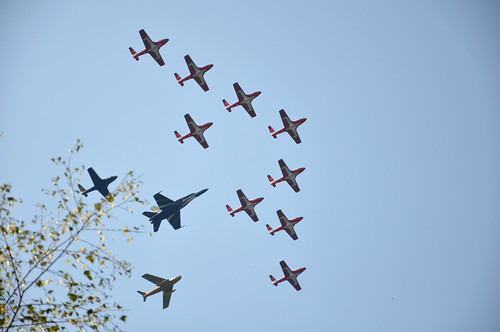 And once this evening right in our front yard, when the Snowbirds flew right over our house (on the last of four passes). At first I thought it was for the Blues Fest, but I think it was really for the WPFG finale: 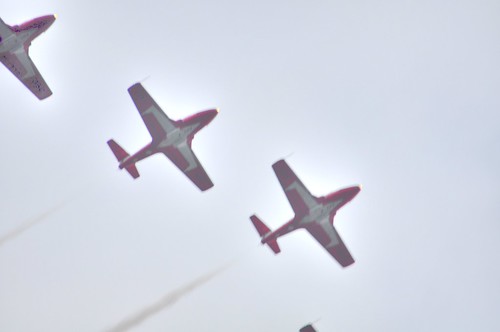 Both times, I could almost read the markings on the bottoms of the planes. It still amazes me that human beings, we apes from the savannah, can control flying machines traveling at hundreds of kilometres an hour in formation: 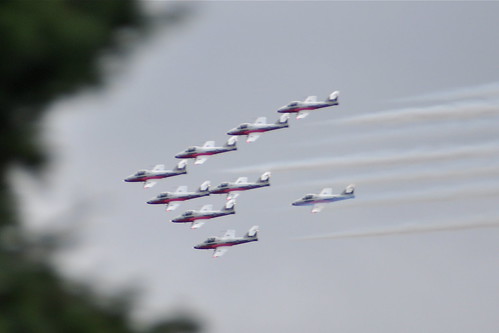 Such brains we humans have.

I was at the blues festival & we saw them fly over. It was mid-song, nobody announced anything and they didn't make a clear pass over the site but more over to one side. So I think you're right in your guess that they weren't working with the festival. A nice extra treat though!