My slightly lazy choices for black and white film 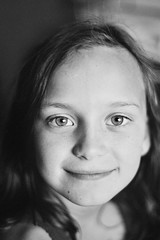 Black and white photos make for compelling images, because they are inherently unrealistic, without any colour information, so you look at them differently. And as a photographer, you create them differently, with different composition and exposure, if you know they will be black and white in the end.

There are numerous ways to create excellent B&W (or, to be accurate, greyscale) images from colour digital originals using Photoshop or similar software tools—but there is still something to be said for black and white film photography.

When I first got into photography in the 1980s, and when I didn't plan to process and print the film myself, I would use Ilford's XP2 film for black and white, because unlike most B&W films, any regular colour photo lab could process it using their automated C-41 chemical machines. And I found myself a roll of XP2 for the first set of photos I took with the Nikon F4 film camera I bought recently.

What I didn't know is that the two big film manufacturers, Kodak and Fuji, also make similar chromogenic black and white films that can be processed using C-41: BW400CN and Neopan 400 CN respectively. I don't know when those were introduced, but I don't think they were around 20 years ago along with Ilford. I also discovered that many local photo retailers (even non-specialist, non-pro stores) carry at least one of the three—London Drugs has triple-packs of Kodak BW400CN for a reasonable $4 or so per roll, for instance.

While I've tried cross processing of slide film pictures taken with the F4 camera recently, and the wacky colours there are fun, I think I'll be spending most of my film shooting time in black and white. I'll see whether I prefer the Ilford or Kodak (and maybe Fuji) stocks when I do.

Yes, I may try some traditional black and white silver halide film (which requires different processing), but the C-41 black and whites are just so easy to take it to the local supermarket for one-hour processing, printing, and scanning to CD. It's almost like the instant gratification we're used to in the digital era. Or as close as I can get while still using film anyway.

I really enjoyed using Kodak's BW400CN when I was still using film and found that it had a nice tonality to prints.

Glad you're having fun with B&W. As far as Kodak BW400CN goes, I've had patchy success with it, and I think it largely depends on the lab processing it and the quality of the C41 chemicals they're using. But, I've had far better success with Kodak's new T-Max 100 and T-Max 400 film, as long as I use a pro-lab to do the processing and scanning. Look me up on Flickr (The_BigBlueCat) for some examples.

Oh, and Fuji's Provia 400 reversal film is outstandingly good. As is Velvia 100.

Beautiful images! There is just something about black and white that you don't get with colour; composition and lighting become so much more important when we don't have colour to hide behind.

I'm just going to have to buy a negative/slide scanner one of these days.