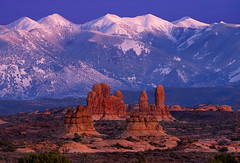 How strange that many people find science distant, or useless, or boring, or suspicious. I think the scientific impulse is naturally human, and that only the way some of us learn about it, and the way it is presented in our societies, is what mutes our interest.

Today's link on Daring Fireball to Wired reminded me of that. Writer Clive Thompson says that:

Science isn't about facts. It's about the quest for facts.

A few months ago, web comic xkcd made a similar point in reference to MythBusters:

Ideas are tested by experiment. That is the core of science. Everything else is bookkeeping.

I learned lots of things from my science degree, but the key thing was that it's not a catalogue of knowledge, but a process to find that knowledge. A process that, fundamentally, is fun for the people who practice it. We should all understand that to be the foundation for the many things we have invented and come to know over the past few centuries.

Hear hear! I've long lamented the way that science is taught in schools (and, to a great extent, in universities up until grad school). We don't typically teach science in school, we teach the history of science - students learn about things that scientists have discovered through experimentation, but are taught these completely out of the context of that experimentation, as if these "facts" are just gospel. Like the Thompson quotation says, "science is quest for facts," it's a process, not the product. We absolutely have discovered some wonderful things through science, but I completely agree with you about the importance of understanding that process.

I think we start out life as scientists. Infants and children mess with stuff in their environment to see what happens. Of course if it's your stuff and they break it not so good. I was struck recently how when I bring something new home my young scientist are all over it trying to see what it does when they play with it. I have managed to keep them from touching my new laptop so far though.

I think you've hit the nail in the head. We need better science communicators, but people seem to be more interested in the history (as Beth said) than in the actual process of scientific discovery.

Hi again. I removed my previous comment to correct some typos. Here's the corrected version:

Perhaps I can chime in here. As an (amateur) astronomer, and an Applied Science Technologist, my approach to science has been about actually looking, seeing, and trying (i.e. experimenting) to understand how we fit into this universe. I see the natural curiosity about that when I let people look through one of my telescopes (we have "Astronomy Days" quite often). Discussions at that time often range over many fields of human endeavour, and also history. Astronomy involves not just looking at the sky, but also many other scientific disciplines, for instance particle physics, chemistry, and the latest technologies. It brings home the point that science does not work in isolation.