"Edison and Leo" hits the screen

My friend Jeff is a movie publicist, and in January, he took me to visit the set of one of his projects: Edison and Leo, the first feature-length stop-motion animated movie ever made in Canada. At that time the film had already been shooting for eight months in a converted residential school in Mission, B.C., about an hour east of Vancouver, after several years of preproduction. Now, eight months after that, the film is ready. 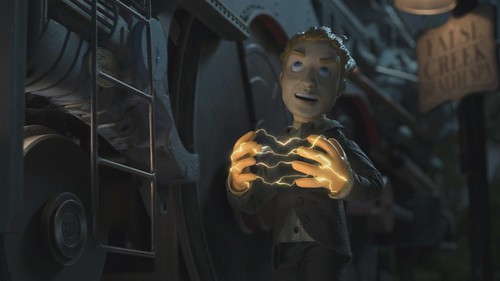 I haven't seen it yet, because Edison and Leo will premiere at the Toronto International Film Festival next week, on September 4. 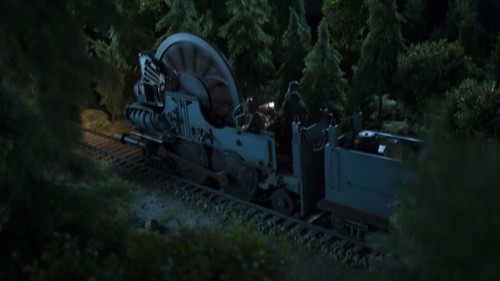 Just as I compared the impressive but bleak The Dark Knight to 1989's supposedly "dark" Tim Burton Batman, I suspect that Edison and Leo will better Burton's 1993 stop-motion production, The Nightmare Before Christmas, too. 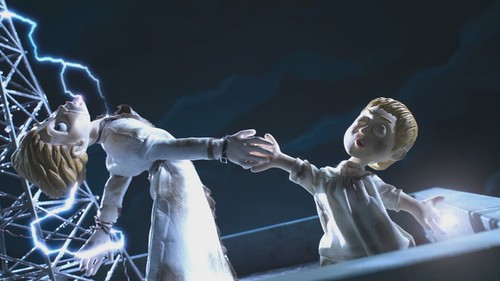 From what I know of it now and what I saw on the set, Edison and Leo shares elements with many scary elements of classic fairy tales: parental abandonment, evil meddlers, plotting siblings, strange castle compounds, and lightning bolts and electrocution. Okay, maybe that's more Dracula. 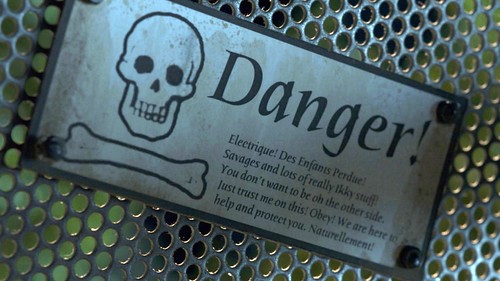 Not only is it the first stop-motion feature from Canada, it's also apparently the first such movie aimed at grownups anywhere. If it's as good as it seems it might be, there's always that Best Animated Film Oscar to shoot for as well. 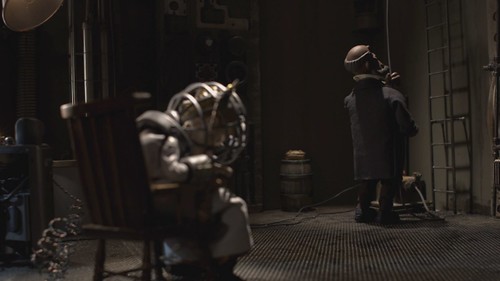 You can get an idea of the look of the film from my photoset at Flickr. I'm looking forward to a viewing. 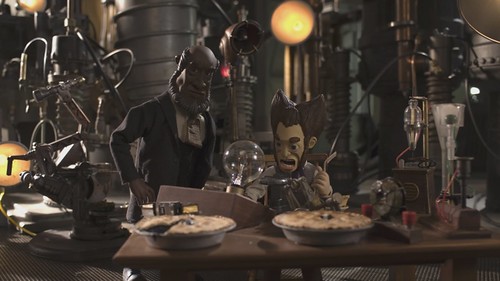 I had a chance to visit the set for Coraline - another stop motion movie (based on a Neil Gaiman novel). It is also geared towards adults. It was very cool, but no cameras were allowed. There are previews here: