Today we mark 40 years since the Apollo 11 Command Module Columbia splashed down in the middle of the Pacific Ocean, a few hundred kilometres from the now-closed Johnston Island naval base: 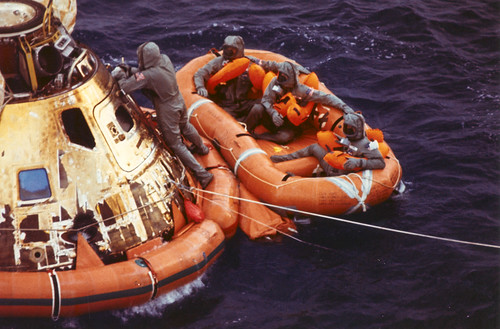 Our first (and sixth last!) trip to the surface of the Moon was over. The seared, beaten Columbia (weighing less than 6,000 kg, and which had remained shiny and pristine until its re-entry into the Earth's atmosphere), with its passengers, was the only part of the titanic Saturn V rocket (3 million kg) to return home after a little over one week away. Every other component had been designed to burn up during launch or return, to stay on the Moon's surface (where those parts remain), to smash into the Moon, or to drift in its own orbit around the Sun. 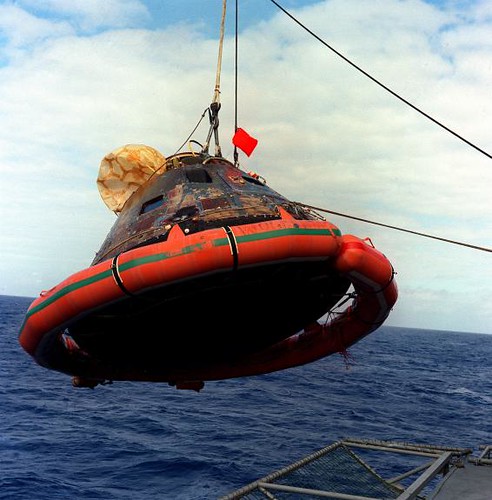 All three astronauts returned safely, and suffered no ill effects, despite being quarantined for two and a half weeks, until August 10, 1969, when I was six weeks old.