I made it to another New Year 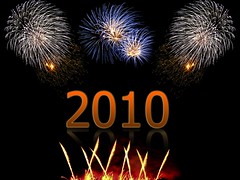 Will I survive another decade? I'm only 40 now, but with all this cancer crap in my life since 2007, every New Year's Eve is a gift. And I have already outlived friends I didn't expect to.

Ten years ago, as 1999 ended, things were different for all of us. Yes, I was living in the same house with my wife and daughter, who was close to two years old—but we had another daughter due in a few weeks, whom we didn't know was a girl yet. I had kept the same stable job at a software company for over three years. The dot-com boom had not yet bust. I wouldn't end my five-year hiatus from my band for almost 11 months.

The big news in digital cameras was the Nikon D1, which had a 2.7 megapixel sensor and cost $5500 USD. At work, we had a Coolpix 950, which had similar resolution and took photos good enough to convince me that digital would eventually be the way to go for photography. Eventually.

But even ten years ago, we lived in a world without Mac OS X, iPods, and iPhones, with Napster but without an iTunes Store. "Wi-Fi" was a strange new word—those of us who networked our computers all used plugged-in wires, and I spent a good amount of time running Ethernet cables through our house for that purpose. Most of them are still there.

The term "hanging chad" had yet to be invented. As a society, we were worried less about international terrorism than about the Y2K bug. The World Trade Center towers in New York City still stood, bustling with people. You could take your own drinks aboard commercial airliners, not to mention more carry-on baggage than was strictly allowed. Cockpit doors were nearly always open to the cabin. Almost no one in the West had heard of Kandahar (in Afghanistan) or Banda Aceh (in Indonesia), substantial cities though they are.

The International Space Station was in early construction in orbit, very small compared to its current size. It was sometimes serviced by the space shuttle Columbia, which would only exist for another three years before breaking up on re-entry. Only a few extrasolar planets had been discovered. The Human Genome Project had not yet completed its sequencing.

People were wondering when James Cameron would make a follow-up movie to Titanic, since it had already been so long (two years). Guns 'n' Roses' new album Chinese Democracy was supposed to come out any old time. Justin Timberlake was still a member of N'Sync. The X-Files and Ally McBeal were still on the air; Survivor and CSI had yet to begin. Charles Schulz was still alive and drawing new "Peanuts" comic strips. The Concorde was still flying.

I'd already had and managed my diabetes for almost nine years. My varicose veins were under control. I thought that any form of cancer I might get would be many decades away. There were lots of things I didn't know. And lots I still don't.

I still have a wonderful family. My wife and I both made it past 40, and our kids are now almost 10 and 12. Our family now includes our first-ever puppy. Have a happy 2010. I hope to see you again for New Year's 2011. Fingers crossed.

HNY - you are an inspiration! Good wrap up... I can barely remember last month, not to mention 1999! Thx for the walk down memory lane - sounds like a good topic for a future post.
Look after yourself and your family!

Wow. What a great summary. I feel like I just relived the last 10 years in two minutes.

Looking forward to many more summaries from you, Derek.

Happy new year to you and yours.

Here's to another 10 years, Derek!

Blessings to your health and family this year. And the next one as well.

I agree with Mark; it's a great summary, Derek. I wish the best to you and your family. Let's hope all of us and those we love are here for New Year's 2011.

Lately I've been saying that the year 2000 seems like it was just yesterday, but after reading this it seems like a long time ago! A world without iPods??

So many fun facts that made me say "oh yeah, a lot did happen in the last ten years". Thanks for being here Derek.

I think Lloyd summarized it better than I ever could.

Thanks for being here, Derek