There are new ways to vomit, not just new places 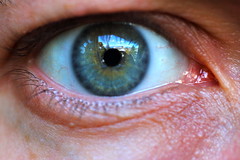 During my brief stay in hospital before the weekend, I had been afraid that my major diarrhea side effects from chemotherapy would kick in while I was there. They didn't, which was fortunate. They waited until last night.

My medical team tweaked my last chemo treatment on October 4 to try reducing this particular side effect, but that made no difference. The pattern has become this: roughly a week after I first receive the chemo dosage, my body decides to purge everything out of my gastrointestinal tract. Yesterday, after a perfectly decent day limping around on my still-swollen leg, helping my kids with homework and school projects for next week, I headed down the hall about 7:45 p.m. for a routine trip to the bathroom, but then I couldn't leave.

Good thing the kids had TV and video games, as well as the initiative to make one of our beds and load the dishwasher. I didn't see them for awhile.

I was in the bathroom for four hours, on the toilet, lying on the floor in various positions to try to relieve gas pressure, in the shower with hot water pouring on my back to reduce cramps, and so on. I puked up my dinner as part of the process. My wife Air came home from an evening out and brought me a cold glass of water and a couple of tablets of Imodium to try to slow things down. I took them and then immediately barfed them up again—the first time in my life I've ever thrown up ice-cold vomit, which was weird.

Eventually, everything slowed down on its own, once there was basically nothing left in my guts to purge. Around midnight, I came to bed (only then noticing that yes, my left leg still hurts from the blood clot, but perhaps a bit less) and lay there shaking. I got some Imodium down, as well as some Tylenol for my entire lower abdomen, which by now was achy and sore. I had to pop back to the bathroom a few times during the next three or four hours as well, but I got sleep in between, especially after I took an Ativan to calm my by-now-jangly nerves.

Our dog Lucy, who sleeps between my wife and me on our bed, was repeatedly freaked out by the growling monster noises emerging from my belly under the covers. She almost barked at them once.

I slept till almost noon this morning, and I feel tremendously better. Tired, yes, but my insides feel much more normal. Even my leg, which I'd almost ignored through the ordeal, seems less swollen, though I'm still limping when I walk on it—so it improved while I was distracted. I ate some cereal—the first food to stay in my system for about 17 hours. I'm hoping to make it to a family Thanksgiving dinner this evening, though I'll probably be pretty subdued.

It's been quite a week:

It sucked, for me and for my family. It was hell and torture—as in, if I had to do this stuff for a long time, it might just drive me off the deep end into raving, pain-and-nausea–induced insanity. It was bad.

Right now my instinct is to postpone my next planned chemo, scheduled a week from today. I want to recover.

What can I say? I'm out here and I care.

On the plus side, I'm home, not stuck in hospital, and I feel pretty okay now. My blood clot didn't give me an aneurysm, my bathroom experience didn't send me to Emergency again with dehydration, I didn't suffer a catastrophic low blood glucose from not being able to keep food down. Yesterday no one had to freak out or get me on a stretcher or hook up an IV again. This week sucked, and last night sucked, but it wasn't a disaster. Small mercies, right?

I'm so, so sorry your week sucked so badly, Derek.

I'm really hoping for a great week for you this week. And lots more to come.

I really enjoy your writing so much, Derek, and the way you tell the stories of your life. I feel so much empathy for your suffering and I'm glad to know you've got such an awesome family there with love and support when you need it - not to mention your wacky little dog! :-)

Glad to hear you're feeling a bit better, as per your first comment (I also comment on my own posts, to expand the point, heh).

Does anyone think it odd to comment on one's own posts, rather than editing the post itself? I've never thought to point out that I'm doing it. My blog is self-referential enough already.