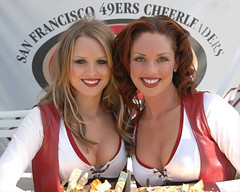 ), I wasn't angry, but I was uncomfortable—and not because one of the authors of this brand-new volume has been dead for almost five years. The book is a summary of the new field of evolutionary psychology, which shows that our evolutionary past strongly influences how humans think and behave today.

UPDATE March 2008: It looks like the main author if this book, Satoshi Kanazawa, is a bit of a wingnut, and also may not be analyzing many of his statistics correctly. I stand by my review of the book here, but my reservations listed in it (especially that there is very little information about what many of the mechanisms of evolutionary psychology are) have become stronger with new evidence. Overall, I'm likely to look at his work more skeptically from now on.

You can see why that might be discomfiting: most of us like to think that we're independent actors, making decisions based on thought, and maybe influenced by our upbringing and our environment. Sometimes we are. But Alan S. Miller (the dead one, who got the project started) and Satoshi Kanazawa (the living one, who finished it) show how often we're not. If you're a creationist or think that all evil derives from patriarchal traditions and corporate media, this book will bug the hell out of you.

Publisher Peguin sent me the book to review at the suggestion of Darren Barefoot. Although my biology degree is a couple of decades old now, I find nothing in the fundamental premises of evolutionary psychology shocking. It only makes sense that, like those of all other animals (more so, since we depend so much on it), our human brain has evolved along with the rest of our body, adapting through natural selection to our environment.

Or, as Miller and Kanazawa point out, to what used to be our environment. We behave, make decisions, and organize ourselves the way we do today largely because it helped our ancestors survive and reproduce in Africa tens of thousands of years ago.

That's where things get interesting, and where the discomfort and controversy arise. Take this, from page 95:

A major foundation of evolutionary psychology is that sex drives everything. Or, more accurately, that the differences between how men's and women's genes propagate to our descendants drives much of our behaviour, from the obvious (mating rituals) to the puzzling (wars, jobs, when we choose to travel, what we like to buy). We're just like dogs bred to be aggressive or good at herding sheep, or like birds and fish adapted to flocking and schooling, or predators that survive because natural selection molded their brains to know how to stalk and pounce and kill.

The result is many provocative statements about human beings:

Why Beautiful People Have More Daughters makes a reasonable case, with lots of reputable research backing it up, that much of the conventional wisdom of psychology and sociology is wrong. The authors and their evolutionary psychologist colleagues argue that many of the improper, cruel, unfair, and evil things (or, for that matter, altruistic, pleasant, equitable, and good things) that people do are not the result of childhood environments, cultural traditions, or power structures.

Rather, our behaviours today—whether our current ethics and morals judge them good or bad—are the same behaviours that helped our ancestors' genes propagate, and thus are the reason we're here now.

Men killing their wives, other men, and their stepchildren. Women wanting, and men liking, long lustrous blonde hair. Religiously motivated suicide bombers being almost exclusively young male Muslims. People of both sexes preferring blue eyes to brown. Women choosing older and more powerful men as mates, but more attractive men as lovers. Essentially all human societies permitting either polygyny (men with multiple wives or mistresses) or serial polygyny (men who marry, divorce, and remarry, usually to younger women). Young single women often traveling abroad to experience the world while their male cohorts tend to stay home and hate foreigners. All have explanations in evolutionary psychology, some more solid than others.

The writing in the book is sometimes a bit manic, as if the authors were yanking me as a reader from example to example, saying, "Look! Look! We're right again!" Some of their conclusions come with lots of convincing scientific evidence, not to mention theoretical predictions about human behaviour that turn out to be true. But others are apparently pure speculation. I also think many of their explanations would have been clearer using the past tense, rather than the present, to keep the role of our ancestral environment clear.

They do show that beautiful people tend to have more daughters, and why that makes sense, but the physiological mechanism of how it happens wasn't clear to me. And neither the authors nor their editors seem to know what "begs the question" is actually supposed to mean.

To be fair, Miller and Kanazawa take pains to note that many of the things we do make little sense in the modern world (meaning the fast-changing one we've been in for the past 10,000 years or so, since the invention of agriculture). But because those behaviours evolved over hundreds of thousands or millions of years before that, we can't help ourselves. And the authors also highlight some areas—homosexuality, declining birthrates in industrialized countries, the willingness to become a soldier—that their field can't explain very well.

We still love sweet and fatty foods, which were once rare and precious but are now overabundant and giving us health problems. Similarly, we behave in ways that begat us more children when living in small groups of hunter-gatherers in a sub-tropical savannah, but which may not be of similar benefit in a world of fast cars, 80-year lifespans, high explosives, supermarkets, birth control, jet travel, antibiotics, and Internet dating.

What made me uncomfortable about the book is that, as a bleeding-heart leftie, of course I want to believe that we are not so driven and constrained by our evolutionary history. But I'm also trained in biology and—even more after reading Miller and Kanazawa—it's clear to me that, like other animals, we must be.

But what we do is not always what we ought to do: Why Beautiful People Have More Daughters reinforces repeatedly that facts (what is) do not determine morals (what should be). As a parallel, knowing that fleas spread bubonic plague doesn't make the plague desirable, and knowing that is key to combating the disease. But, conversely, the way we think things should be isn't necessarily the way they are either. Wanting human nature to compel us to treat each other fairly and well doesn't make that true. We have to find different reasons to make it happen, to overcome much of what is innate in us.

That is yet another lesson of the modern world that my brain, prehistoric as it is, has trouble handling.

Why is it assumed that the human animal had enormous evolutionary potential up until 10,000 years ago? And where do evolutionists find their evidence for the rate at which human evolution is possible?

Evolution theory finds a lot of its foundations in conceptions of time - that is, that enormous change is possible if we just wait long enough and in what you were saying, that so much has changed socially and materially that our biology hasn't kept up. How is it even possible to conceive of one developing without the other?

I'm certainly not a scientist, but I find time such a difficult concept even philosophically that I have a hard time accepting some of these very specific evolution arguments.

I just read an article that turned me off of evolutionary psychology, even though I know it's horribly unfair to judge an entire field by one researchers opinion. But anyhow.

The article was on anorexia, not as a result of individual psychopathology or media perpetuation of the beauty myth, but as an evolutionary adaptive behaviour. The theory (in a nutshell) is that women who perceive environmental cues signalling that it is an inopportune time to procreate use dieting behaviours as a way of inhibiting ovulation, and therefore parenthood.

I was amazed that this even got published. The holes in this theory are massive. First of all, it says nothing about male anorexia which, while much less common than anorexia in women, does exist. Secondly, it fails to explain why, while many women in a given culture are exposed to similar cues (they suggest female-female competition and perceived support as 'triggers'), so few of them actually develop anorexia. This theory also ignores bulimia nervosa, which shares many etiological factors with anorexia, but clearly cannot be explained in the same way.

What do you think? If you're interested, here's the reference:

As in all fields of science, some EP theories have better supporting evidence than others, and some researchers have better methods than others. In other words, some of the suggested explanations are likely wrong, while others are right.

The book also exhibits a bit of the "when you have a hammer, everything looks like a nail" problem.

As for the time issue, it makes sense that our brain (or any animal's) has very little reason to understand long time scales, which is why we often make lousy long-term decisions about everything from credit cards to climate change. And why it's hard to understand evolutionary (or geological, or astronomical) time scales.

Whether we've essentially stopped evolving (as the book authors suggest, because the world changes faster than our genes can keep up) or are evolving faster than ever (as some others think) is another question that I don't think yet has a satisfactory answer, especially since evolutionary biology is only 150 years old, which is no time at all in terms of evolutionary change for most organisms.

I do agree with the books premise that Nature asserts a greater influence over us than nurture. I come to this conclusion despite arguing vehemently against it in my university days, when I wanted to believe that everything we did and said was due to nurture. In fact I’m beginning to suspect that our destinies are predetermined and we have little if any control over it. I mean this in a grandiose sort of way not every little detail but the big milestones in our lives. It’s an interesting discussion and I would love to explore it further.

Great review, and, you know, hurray for cheerleaders.

I did admire how the authors really took pains to frame their theories. I felt I had a very clear understanding of which ones were solidly grounded in scientific evidence, and which ones were far more speculative. That's not something I could say about many popular psychology books like "The Tipping Point".

Yes, an politically incorrect truth. There are other "secrets" of nature, that sound somewhat like twisted, but they are simply nature.

Well, sure. Good luck, Anonymous, for whatever my wishes are worth...

It's true that women have a lot of power in choosing mates, but that's true when they are young and beautiful. That book probably explains this.

While they grow older, they are still desired, but normally only for casual affairs. The real reason behind this, is that when they are young and beautiful they are more suited to produce offsprings.

What is really puzzling me though( Derek pointed that out too), is homosexuality, as it really defies evolution.

Here's another critical article about evolutionary psychology, with the key quote: "Too often [...] EP appeared to be searching for something to explain rather than shedding light on human behaviour."