A Christmas toast to Martin and James 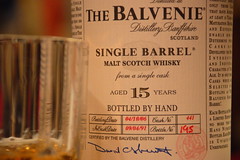 It's been a busy Christmas, made busier by enough snow to nearly paralyze a usually not-very-snowy city like Vancouver. Yet my wife, daughters, and I were able to pilot our snow-tire-equipped Toyota Echo through the wilds of East Vancouver to my aunt and uncle's house for our traditional family Christmas Eve event. We did have to bunk out there overnight, though.

Today, Christmas Day, we made it home, cleaned up, changed, unpacked, and then ventured out to Maple Ridge for a quiet dinner with my wife's parents. The roads by then were better. Besides eating, I performed some of the usual in-laws' tech support to help my father-in-law configure their new Internet Wi-Fi radio set, and my mother-in-law create her first blog. (No content yet, so a link must wait.) With more snow forecast, we made an early night of it and returned to Burnaby again, and Christmas was complete.

Now, as the day ends, I think back not only on Christmas and my happiness at being relatively healthy again this year (tumours in my lungs are still growing, but very slowly, and maybe my new holistic health approach is assisting the cediranib in keeping them somewhat at bay), but also about the deaths of two people. They were my friend Martin Sikes, who died suddenly a year ago on the morning of Christmas Eve, after sending me what turned out to be a spooky email; and James Brown, who appropriately, somehow chose the most bombastic of days, December 25, to make his last fleet-footed shuffle off the stage.

From now on, to me, December 24 will also be Martin Day, and December 25 is JB Day. In their honour, I'm drinking my first glass of The Balvenie 15-year-old scotch whisky tonight, from a bottle given to me on my birthday in 2007 by Alistair—but which I have only now opened.

I hear the plow truck finally making a pass through our street outside, near midnight. I am exhausted, and content. Slàinte to MS and JB, and Merry Christmas to you.

aw what a downer, Martin Sikes died? I just got here because I did a Google search wondering whatever happened to him, as the last I had heard he was DJing at gay nightclubs in his underwear. But I ended up at a different, year-old part of your blog because I misspelled his name with a 'y'. (and if you find my comment to that entry, you will discover my identity. What a fun puzzle for you!) So I was just about to leave your blog when I decided to check up on what you're doing lately by reading a newer entry. And in doing so I learn that Martin Sikes died. I always thought he was a bit of a jerk, but I'd rather he be alive than dead. And you with cancer, and me with a blood infection that is slowly (too slowly, in my opinion) disintigrating my body which I can't get diagnosed because the medical system is broken and the doctors are incompetent... it's all so depressing. Thanks a lot for the downer.

(but don't read anything into the date I'm posting this. I don't celebrate this holiday and the attitude expressed in my comments to your blog represent a year-round malaise rather than some sort of pining for the 'true spirit of x-mas' or whatever. Though I admit my patience for terrestrial ice is wearing thin. In fact, you could say it's on thin ice, if you're into really lame puns)

OK I decided that last comment was too ego-centric and so I will add a memorium for Martin here...

As I said in my previous comment, I always thought he was a bit of a jerk. But he sure was a titan in the 80s BBS scene in Vancouver. It's well known that the 604 area-code had more BBSs than any other area code in North America, and it's unlikely that would be the case without Martin's contributions. His BBS software was ubiquitous and responsible for up to 40% of the entries in a local BBS list at its peak. His own BBS, from which he sold the software, also had a huge impact on the long-lived success of the Vancouver modem scene. When he started that board, he actually scoured the local boards looking for weirdos and freaks, and sent them email personally inviting him to his BBS. I got one of those emails after Martin read a post I made on a BBS that was big at the time but the name of which escapes me now. I was 13 years old and had posted something that I'm now quite sure must've been very stupid and immature but it was some sort of creative story I pounded out from sheer boredom, and a few days later I get an email from someone called Beezlbub inviting me to his new BBS he was running on his Commodore 64. Well, I (that is, my dad) had an Apple // at the time and Apple users mocked C64 machines because the BBSs run on C64s were a joke compared to the ones run on Apples. So I didn't even bother accepting his invitation until months later when it seemed like everyone was talking about this Blue Hell place, and by then I was playing catch-up. When I finally dialed in I couldn't believe the thing was running so fast on a C64. Even Apple boards ran slower!

The point of this story is that most BBS sysops would set up a board, advertise it publically on other BBSs, and then wait for callers. Martin was different in that he sought out specific users from other BBSs whom he thought were posting interesting stuff, and personally inviting them to his board. Most BBSs at this time were filled with posts like "Hi, is this thing working?", technical questions about using modems, and once a year, ASCII christmas trees. Martin single-handedly kick-started the BBS pop-culture in Vancouver, and in doing so he started a culture of BBS-hipsterism that continued to snake its way through Vancouver, eventually culminating in the large spectacle 'meets' generated by the multi-line BBSs. And that's why the Vancouver BBS scene thrived, while in other similarly-sized North American cities, BBS-oriented social scenes that weren't specifically hacker/phreaker oriented didn't develop until the multi-lines proliferated, and were anemic in comparison.

I don't know much about what he accomplished after his teenage years. Obviously he was going to be a software programmer, and I know nothing of that output but as far as I know none of it had the kind of impact Blue Hell and Blue Board did. And I hate DJs in general and ones that are inclined to spin the Vengaboys are part of a culture I'll never understand. But Martin Sikes gave Vancouver nerds like me a headstart in the kind of hipsterism that seemed to suddenly be everywhere in the 1990s and beyond. In the button-up uber-square culture of the 1980s, Martin's BBS and the culture that developed around it was a breath of fresh air. Supposedly Vancouver was cool in the 70s, but it sure wasn't in the 80s, I know, I was there! We actually had to go wandering around the lanes downtown to find any excitement at early Crunchy Frog meets (Crunchy Frog, of course, was perhaps Blue Hell-lite, the next-coolest Blue Board to be on besides Blue Hell).

Merry Christmas Derek. I continue to enjoy your writing and your pictures. Best wishes for 2009 and beyond.

Perhaps, although "eating" is what I intended, and I will fix it.

By the way, that is a very programmatic way of identifying my error. Had you just written that I'd posted "earting," I could have found it faster. :)