Remember back in the '90s when we all went wild creating fractals on our computers, especially renderings of parts of the Mandelbrot set? (If not, you could be nerdier.) I certainly did it, creating desktop pictures galore. A late example is the image in my penmachine.com logo, which is a Julia set. And yes, I know it looks like a Philishave razor, with a nod to the CBC "exploding pizza" logo.

There's nothing especially complicated about the mathematics behind fractals, but to visualize them requires the kind of computing power that's only been available recently.

So, what is this thing? 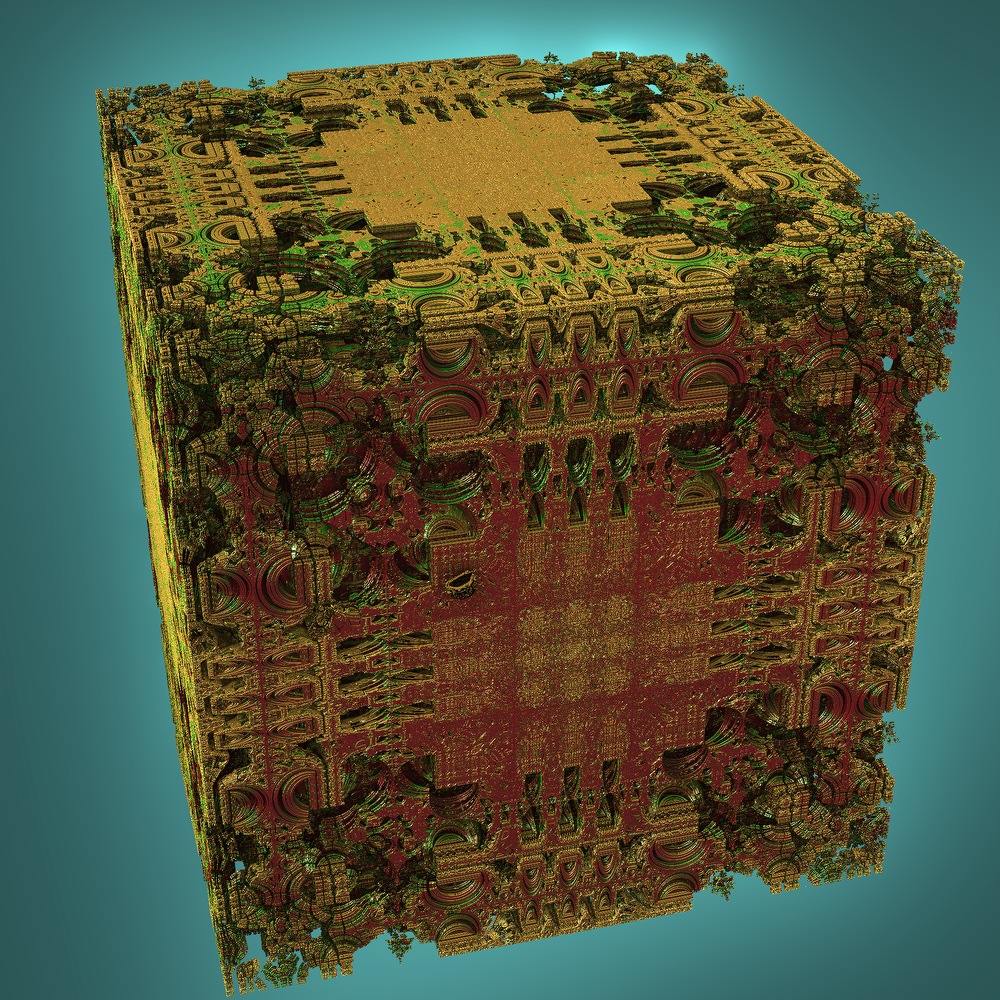 Image by Jesse at Fractal Forums

No, it's not the Borg. It's a new fractal—yes, there are still such things. It's the Mandelbox, a multi-dimensional fractal (in this case shown in three dimensions), discovered earlier in 2010 by Tony Lowe. Again, it requires a lot of brute-force computing to see, but our computers keep getting more powerful, so we can find new stuff like it.

Depending on the colours you choose, parts of the Mandelbox can look like a massive cathedral, or a vast framework of skeletons, or a colossal jungle garden. Here's a video tour of the Mandelbox (via Andy Baio), with some complex 3D rendering including haze effects to give the illusion of distance:

But the Mandelbox doesn't actually have a size, big or small. It's just pure math—geometry, like a number line, or a circle, or a cube, or a parabola. Amazing, still, though.

Oh yes - I remember eagerly downloading every new version of Fractint from BBSs in the early 90s... all the fun of wrestling with VESA video modes and strange unsupported video scan-rates to try & get the highest resolution possible out of my 1MB (actually, it was probably even less than that) graphics card.

A wonderful and beautiful piece of software. Wow... I guess that was my first encounter with Open Source software - never thought of it like that before.

Jonathan Coulton wrote a great song a few years ago about Mandlebrot sets - He set it to music for us non-mathematicians..