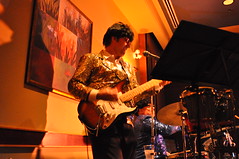 One year ago today, October 3, 2009, I played guitar and drums with my band out in Tsawwassen. I had a feeling (though I wasn't certain) that it might be the last proper gig I would ever play, and now, in retrospect, it seems that was indeed the case.

Whenever the possibility of a show has come up in the last year, my health hasn't been good enough, and that situation isn't improving as time goes on. I'm not well enough for the packing, transport, setup, sound check, playing, breaks, teardown, re-packing, and traveling home, even for simple local performances. Tremendously fun as it is, it's also physically and mentally exhausting. After that final show last year, I was wiped out for two days. 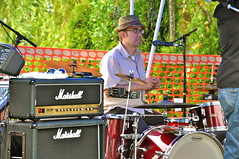 So, I made money as a gigging musician for 20 years, and now it's over. And that's okay, because 20 years is nothing to sneeze at as a musical career. It's been my entire adult life, and half my life overall! (I haven't held any other job nearly that long.)

A benefit now is I can now decide what musical gear is worth keeping and what I can give away to my family, friends, and colleagues, or sell: 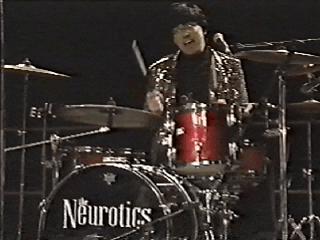 I don't plan to get rid of everything. My two daughters are quite musical, studying piano and voice and now playing in the school brass orchestra. (They've each had far more formal musical training than I ever did.) There's a decent chance they might want to put a band together in a few years, so it might be wise to have the minimum roster of gear available to do that. Plus, for now I still like noodling around and recording the occasional tune, in addition to co-hosting Inside Home Recording.

I've purged out old computer technology from that office/studio a couple of times in the past five years. This is the next obvious step.

Derek,
I'm surprised there weren't more comments then me being the first. ?

Anyways, as musician who used to play (Trumpet and pretty much all Brass) in jazz bands, I can understand how you feel right now.

While my stopping playing wasn't because I was ill (I had joined the US NAVY as a Corpsman, not many places to play a trumpet while serving with the Marines and such!) I do miss those days.

My daughter is showing a "NEED" to learn Piano, we have 1 electric and one regular Piano, gonna get getting her lessons soon.

I myself have 2 acoustic Guitars, and who knows, might take them up.

Just wanted you to know, that someone understands...

Following our gear de-acquisition discussion on IHR #83, here is a cross-post from Derek’s personal blog at penmachine.com: One year ago today, October 3, 2009, I played guitar and drums with my band out in Tsawwassen. I had a feeling (though I w... Read More