Worse and better in Japan 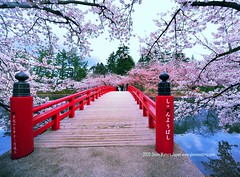 When I wrote about the Japanese earthquake and tsunami the day they happened, my post was optimistic, despite the obvious catastrophe. In many ways, things have turned out worse than they first seemed. Surely the situation in Indonesia and around the Indian Ocean was similarly awful at the end of 2004—and took many more lives—but we didn't have access to horrifying footage like this (watch the whole thing) to reinforce the point.

The argument I made, that Japan's position as a modern country with a robust infrastructure and vibrant economy, remains: unlike Haiti especially, Japan will bounce back quickly. Fewer people died or were injured than would have been in poorer and less-prepared nations from a magnitude-9.0 quake and massive sea wave. Those who are homeless and displaced will find safe places to live, and food, and comfort faster than in many parts of the world.

But the dead, officially more than 10,000 people now, are still dead. More than half that number again, over 17,000 people, are missing. Villages, towns, and cities are destroyed, some utterly annihilated.

Distracted from a disaster by a crisis

That enormity should remain our focus, but it is not. Because the cleanup and recovery in Northeast Japan is now an aftermath. And there is an ongoing crisis at the Fukushima Daiichi nuclear power plant. Since it is right on the ocean near the earthquake zone, I remain amazed that it survived the original quake and tsunami as well as it did, but ever since then, it's been hard to figure out what's going on at the facility: initially the situation seemed under control, then not. There were explosions. Things were going well, then poorly, radiation up, then down, in the soil, in the water, in food. Workers evacuated, then returned.

It's unclear to me how much of what has happened at the plant is an inevitable cascading consequence of the initial disaster, and how much has been made worse by insufficient information, poor analysis, bad decision-making, and incompetence. It is clear that news coverage of the nuclear accident, especially here in North America, has been remarkably poor, stoking worries while ignoring facts, and even confusing such basic distinctions as those between radiation and radioactive substances; between different types of radiation (alpha, beta, gamma); or between dosages and exposure rates (which is like forgetting the difference between miles and miles per hour).

Here are a three quick resources that I've found helpful:

It's about Japan, not about us

I'd also like to point out a few things for people here on North America's West Coast who are worried about radioisotopes carried here on the wind. Remember Hiroshima and Nagasaki? Those were open-air nuclear detonations in Japan, and didn't affect people here. There were dozens and dozens of atomic-bomb tests in Nevada (many also open-air), practically in our back yards, and while some radiation levels were elevated, the health consequences have been immeasurable. The Hanford Site in Washington isn't even 300 km from my house, and is the most contaminated nuclear waste site in North America.

CT scans, flying in aircraft, and even living at elevation in Colorado yield higher long-term radiation exposure than any of these other things, especially on the other side of the Pacific Ocean. Oh, and no matter what, taking iodine is of no help whatsoever: the radioactive varieties coming from Fukushima have half-lives so short they decay away (in addition to being dispersed) before even getting this far. Want protection from danger? Get a flu shot next year.

I'm neither an advocate for nor an activist against nuclear power. My main concern has always been that we really don't know what to do with spent fuel and other radioactive waste from the process (just as with nuclear weapons production), and we never have. "Just bury it" seems a paltry approach when we're talking about substances that could be dangerous for tens of thousands of years. We're still doing a poor job of burying the waste of just 65 years of nuclear production.

But we have an industry here and now, and it has its consequences. Let's at least try to understand and handle those rationally, and help Japan work with them, because hysteria won't make it any easier.

And remember the quake and the tsunami, and the 27,000 dead or still missing.

It's good to get sane information out there.

What do you think about fish from the North Pacific, though, especially those that eat a lot of other fish first? I haven't seen any coverage of this. There is already so much concern about mercury and other toxins in fish for young children and I just wondered if we were going to see something about this. Are fish that originate off the coast of Japan going to be eaten up by tuna that I end up eating here? Would this cumulative effect be much? I keep expecting this topic to be covered, but I haven't seen anything.

Right now I think it is far too soon for there to be any effect, and also far too soon to know whether there will ever be any reason for concern. Any fish exposed to Fukushima radioisotopes would be passing through, too: I don't think we're talking about anything resident in nearby estuaries.

However, there is already a known risk of accumulated heavy metals in large ocean-dwelling fish such as tuna, particularly in fatty tissues. While they don't have the freak-out reputation of radioisotopes, mercury and other heavy metals behave similarly in tissues, they bioaccumulate, and they're persistent.

So, since heavy metals are already a concern in quantities much greater than any so-far theoretical radioisotope risk, any precautions we take for heavy metals in fish (i.e. don't eat long-lived deep ocean fish high in the food chain, like tuna, every day) should easily deal with any radioactive substances there too.

Hi Derek - cant believe your laryngitis is lasting this long - horrible.
So glad you are blogging from the doormouse side of things ("just remember what the doormouse said - keep your head") on the nuclear incident in Japan. The reporting on it and the Arab revolutions is making me very upset about the fifth estate in North America. The self-centredness is what bothers me most, aside from the flimsy analysis.

Its written by a psychiatrist in his spare time and it deconstructs in a very thoughtful way many media stories - it looks a lot at subtext.

I do remember what the Doormouse said, which was, "Feed your head!"

Actually, if you go past the Jefferson Airplane song to Lewis Carroll's Alice in Wonderland, nobody's really sure:

"But what did the Dormouse say?" one of the jury asked.
"That I can't remember," said the Hatter.

So I'll go with this: "Keep Calm and Carry On."

Have even my memories of youth and pop songs been co-opted and mediated? Or have I merely misremembered :(

You're misremembering. "Feed your head" it is.