Longer Articles on Technology, Music, and Miscellaneous Other Stuff 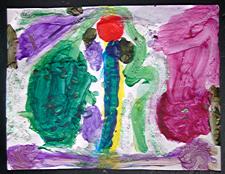 I write lots in my journal, but sometimes I post longer pieces on this site. Here are some: