Outings have their price 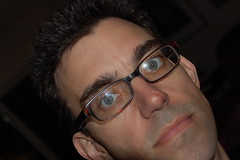 We've done a lot in the past couple of days—or a lot for me, anyway. Yesterday I not only visited the Pain Clinic at the B.C. Cancer Agency (where I got a prescription for some longer-acting codeine so I don't have to take Tylenol 3s so often), but then went for dinner with my family at the mall and got myself a haircut. We were out of the house for more than five hours, which is my longest outing since the beginning of July.

I paid for it later with some pain in the middle of the night, but it was worth it. Similarly, today we visited the Agency again, where I talked to a social worker and generally got some stuff off my chest. But a couple of hours away was enough today, and I had to come home and lie down once more.

But I'm gaining weight steadily, despite the fatigue, close to ten pounds already. The steps are small, but they are steps. It's like coming back to life, bit by bit.

I want you to know that I have been and am praying for you and your family.

SO what are you eating to put back on the weight? are you on a special diet to increase your weight, or is it just pretty much eat whatever you want, when you want, guts permitting?

I can eat whatever I want within limits -- I can't eat anything with much fibre, or other fibrous stuff like tough meat or sausage skins. But I am trying to eat and drink lots of high-protein, high-calorie foods, and I'm also adding diabetic supplement drinks (Glucerna is the brand I'm having) to include more calories.

I consume at least six meals per day of various sizes. The health nurse noted to me that my body isn't digesting things as efficiently, so I need to (and feel the need to) eat even more than usual in order to continue adding the pounds. It seems to be working so far.

Wishing you all the strength. Good to hear that you're coming good. Don't forget to stop eating when you are well again or you'll pork up!!!

I've got at least another 35 pounds before I have to worry about that.

Forget worrying about porking up Derek, it would be nice to see you with a belly. Pork away.

i am so happy to hear that you are gaining weight. it is good to see some good news!

i am proud of the way you and your family have risen to this challenge.

Welcome back to the podcast, Derek! Excellent to hear from you and that you're doing just fine (having gone through almost the same thing two years ago, I can say that you're waaaaay ahead of where I was a month removed from surgery- good for you!) I'm also extremely happy to hear they were able to save so much of your internal plumbing too. Now, go eat something, eh? When I was trying to gain weight following my surgery, I found Klondike bars worked wonders. My doctor also said to try those weight-gaining protein shake mixes from the vitamin stores at the mall along with energy bars high in protein. I got a vat of that mix and it too helped as an in-between meal treat, along with the Powerbar that has something like 22 grams of protein. I made fresh fruit smoothies with the protein mix that was not bad. Your Glucerna should be fine as I used Ensure's 360 calorie version as a treat (aside: the butter pecan is awesome.)

Oh yea, and your nurse is correct: you'll need to eat quite a bit more than you're used to, and just as important, drink more fluids than normal since moisture processing is normally the colon's job of course. I hope you weren't planning on being a fat guy as you get older because that may not be in the cards now. If you're like me, you'll be amazed at the quantity of food you'll have to eat just to maintain the weight. Eventually, find an all-you-can-eat pasta place to save on groceries. Not a bad problem to have actually...

Anyway, just keep eatin' and rockin' and know that we're looking forward to hearing from you on future podcasts. Manga manga!

Klondike bars and the regular supplement drinks are out for me, because I'm also diabetic and can't consume that much sugar. But the general big diet and Glucerna supplements seem to be working!

Go Derek! Eat! Glad you're gaining weight back. I'll be glad to give you some of mine. :-)