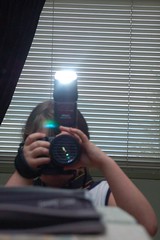 When you have one child, it's easy to delude yourself about the magnitude of your influence on them. When our first daughter was young, for instance, I subconsciously assumed that she was the way she was largely because of the parenting my wife and I offered. As soon as her sister was born a couple of years later, we discovered how wrong we were.

Not that parenting (or family, or friends, or society more generally) is irrelevant, but parents of more than one child will tell you that their kids do seem to be born with certain personality traits, and they develop their own interests and approaches to the world as they grow. Children are little people, individuals, right from the beginning, not blank slates to be molded completely by how we raise them. Our daughters have a lot in common, but they're also quite different.

As I've noted before, my younger daughter L, who turned nine yesterday, makes up her own homework in her spare time. A couple of days ago, for example, she was copying equations out of a Math 11 textbook. She's a little too young to understand them—after all, they're eight years ahead of her current curriculum—but she's certainly getting good at writing square-root signs.

My wife Air, who's a math teacher (hence the textbooks in our house), suggested that L try the Grade 8 book instead, only five years ahead, where some of the problems might be closer to her level. So this morning we woke up to hear our daughters arguing vociferously about subtraction problems.

Among her other interests, our older daughter M has liked photography for some time, and we bought her a little Pentax point-and-shoot digicam for Christmas 2007. She likes it, but she also enjoys using my big Nikon DSLR because of the higher quality photos it takes. She often creates some really good compositions, and of course her perspective is quite different from mine. Here are some of my favourites she's taken: 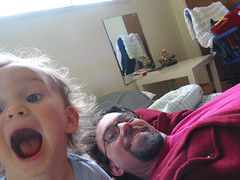 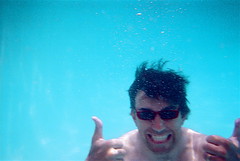 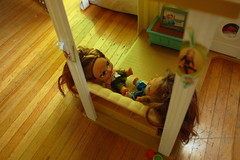 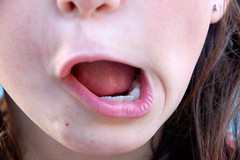 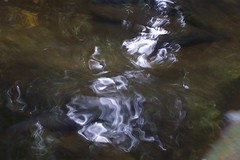 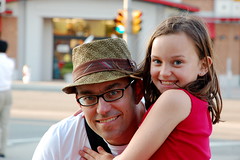 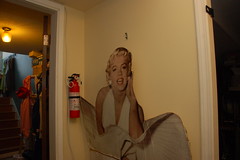 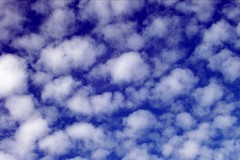 They're certainly better than anything I took when I was ten. Or, as in the case of the top left photo, four (!).

heck, they're better than a lot of the stuff I take now...

impersou"Children are little people, individuals, right from the beginning, not blank slates to be molded completely by how we raise them."

My sentiments exactlty; and I say this as the mother of two grown daughters.

The "impersou" is actually the word verification; it should not be there.

"Two Thumbs Up" is now my desktop. Is that creepy?

Also--and it pains me to have to tell you this--you are unfortunately a member of the group "People Who Look At Least Slightly Evil With a Goatee."

On the upside, if there's ever a PWLALSEWAG convention, you'll get to hang with Leonard Nimoy (founder) and Rip Torn.

The downside, of course, is that Dave Navarro and Kenny Rogers will also be there, and at least one of them will be shirtless.

I fully acknowledge that. I still have fond memories of my first goatee, which got me into clubs and bars without being ID'ed when I was underage back in the '80s.

Makes me think of my own "almost-5-month-old" when I read about your daughters.