A couple of interesting links from friends of mine today (nope, neither is an April Fool's joke):

First, Dave pointed me to tweetcloud.com, which aggregates Twitter posts into a tag cloud. Here's mine: 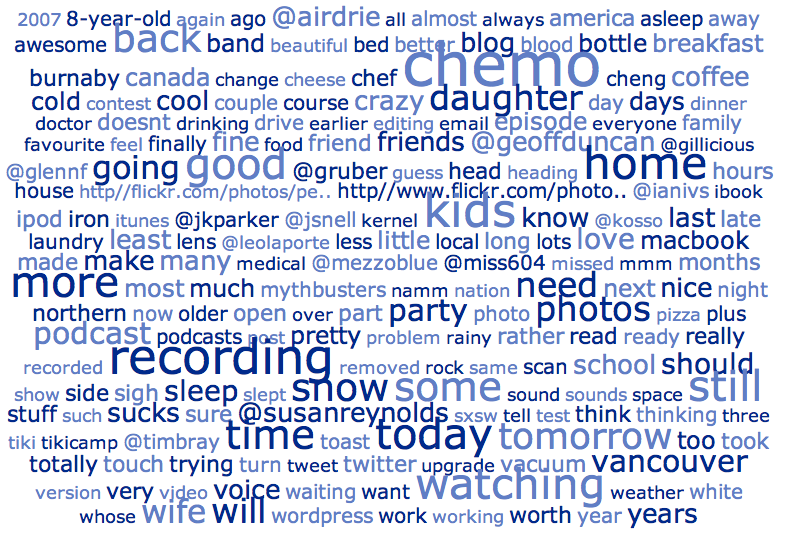 Funny, one of the words listed there is "cheng," which only appears because when I type Twitter posts on my iPod Touch, it tries to spell-correct "chemo" to "Cheng." That's annoying when it happens.

Second, Bill linked to an article in the New York Times noting that:

In the 17th century, China and India accounted for more than half the world’s economic output. After a modest interlude, the pendulum is swinging back to them at a speed the West has not grasped.

Some would argue that the overall pattern of human history since the invention of agriculture has been a long, slow march to the eventual ascendancy and dominance of China. It may be true.


also - love the dome and you are good to think about the sunscreen/coverage!!